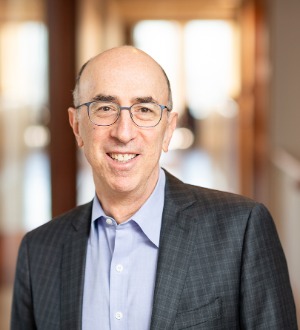 Recognized by Best Lawyers® since 2018.
One Boston Place, 37th Floor Boston, Massachusetts 02108
(617) 367-2500
|
Firm: Davis, Malm & D'Agostine P.C.
|  Website
Edit Profile
Edit Your Profile
To edit your Lawyer Directory information, please login to your
Best Lawyers® Admin Account.
If you have any questions or need assistance, please contact us at info@bestlawyers.com or 803.648.0300.
Overview
Firm

In the scope of his employment practice, Gary does it all. He advises companies, employers and employees on all aspects of employment-related issues. He also regularly litigates employment issues before the Equal Employment Opportunity Commission, the Massachusetts Commission Against Discrimination, federal and state trial courts, appellate courts and arbitration panels. Gary has extensive experience in a wide variety of business and commercial litigation matters. His approach to client service is simple: Stay involved, be responsive and keep your ego out of it.

Represented a multimedia company in obtaining a preliminary injunction against a former executive for breaches of fiduciary duty and non-competition agreement.

Represented the plaintiff-appellee at the U.S. First Circuit Court of Appeals in obtaining affirmance of substantially all of the district court judgment in excess of $4 million in an employment retaliation case.

Won an appeal at the Supreme Judicial Court reversing a seven-figure handicap discrimination jury verdict and dismissal of the case against our employer-client.

Successfully defended a corporation and two of its employees in Norfolk Superior Court against a motion by competitor for a preliminary injunction for the alleged violation of a non-competition agreement.

Acted as lead trial counsel in a successful jury trial in the Business Litigation Session between shareholders of a close corporation involving claims of breach of fiduciary duty, shareholder status, and wrongful termination.

Lead trial counsel in successfully defending an employer in establishing that obesity, absent a diagnosis of morbid obesity, is not a handicap under MA law.

Represented numerous senior-level executives in negotiation and preparation of executive employment and compensation agreements in a variety of high technology and financial businesses.