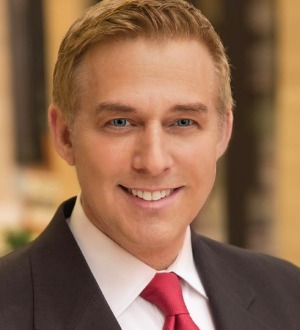 Gary’s experience and expertise also include innumerable patent applications, patent evaluations, “prior art” investigations, patent due diligence, and patent reexamination proceedings. He has also developed his own proprietary approach and materials for establishing and implementing corporate patent and trademark programs for both established and emerging companies.

Gary received his J.D. from the University of San Diego School of Law and is a member of the San Diego Law Review. He is the author of the Comment entitled “Ocean Thermal Energy Conversion on the High Seas: Toward an International Regulatory Regime,” published in the San Diego Law Review, Vol. 18:2, 1981. He also served as a Judicial Intern to Justice Work of the California Court of Appeals, 4th District. Gary also holds a B.S. in mechanical engineering and applied mechanics from the University of Rhode Island, and is a member of the Mechanical Engineering Honor Society, Pi Tau Sigma.

Gary testified twice on behalf of Apple Computer, Inc. before the U.S. House of Representatives Subcommittee on Oversight and Investigations for the Committee on Energy and Commerce, Chairman John Dingell (D. Michigan) presiding, on unfair foreign trade practices involving counterfeit computer hardware and software. He also served as an informal technical advisor to the House Subcommittee in their investigation on Unfair Foreign Trade Practices.

Prior to joining MWM, Gary established The Hecker Law Group in 1988 and served as the founding partner. Prior to starting his own firm, Gary was a partner at the intellectual property law firm Blakely, Sokoloff, Taylor and Zafman.