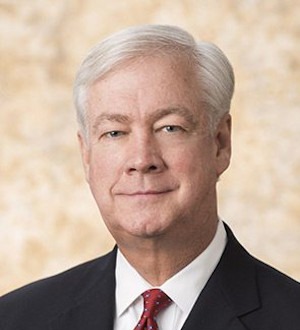 For more than 25 years, Garry has represented plaintiffs and defendants in a wide-variety of contested, complex litigation. In recent years, Garry's practice has focused on the representation of financial institutions and other businesses in the areas of financial services, intellectual property and construction.

After graduating from Vanderbilt Law School in 1987, Garry joined the firm of Farris, Warfield and Kanaday, where he was named a partner in 1994. Garry practiced there until the firm merged with a regional firm in 2001. Garry joined Burr & Forman in January of 2015.

Garry is an experienced trial lawyer. Early in his career, his practice was varied. It included defending countless personal injury cases, defending Tennessee counties and municipalities in civil rights and tort actions, and defending banks against lender liability suits. This early experience has served him well throughout his long career. Garry has tried more than fifty (50) cases to judgment.

In recent years, Garry’s practice has been focused on the representation of financial institutions and other businesses in the areas of lender liability, financial services, intellectual property and construction. He enjoys working with clients to try to resolve disputes when it is possible, but is not hesitant to take cases to trial when settlement is not in his client’s interests.

When he is not busy at work, Garry enjoys travelling, golf and spending time with his wife and three children.