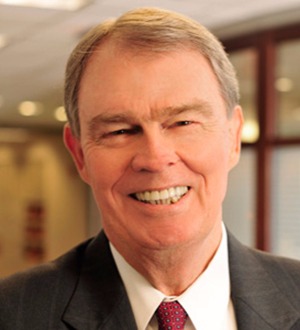 Bill is a partner with Vandeventer Black and traditionally concentrates his law practice in commercial transactions and maritime matters.

In the maritime industry, Bill has vast experience, including shipbuilding and ship repair, fisheries regulation and finance and vessel finance.  After active duty with the United States Coast Guard, he joined the firm in 1970 and remained in the Reserves until 1975.  He served as managing partner of the firm from 1998 to 2000.

Bill is a member of the Norfolk & Portsmouth and Virginia Bar Associations, as well as the Virginia State Bar. He is a member of the Society of Naval Architects and Marine Engineers, Propeller Club, the Maritime Law Association of the United States (Director 1994-97; Chair, Fisheries Committee 1997-2001), Southeastern Admiralty Law Institute and Hampton Roads Maritime Association.

What legal services does this lawyer offer?
Transportation Law
Awards