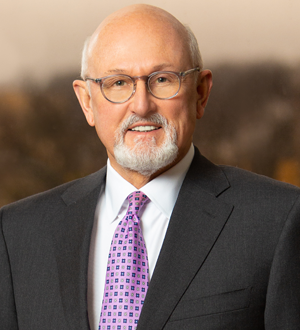 Since the early 1990s, Tom Sullivan’s practice has primarily involved representation of healthcare providers. He is listed in Best Lawyers in America in the category of Health Care Law. He serves as counsel for a Medicaid managed care organization which operates the Medicaid maternity program pursuant to a federal waiver and is owned and operated by ten Birmingham area hospitals which render Medicaid funded maternity services in the Birmingham area. He represents a for profit corporation which owns and operates an inpatient hospital in activities in and around Birmingham. He has served as counsel for a number of physicians and surgeons in contract and corporate matters, ambulatory surgery center transactions and defense of professional licensure and disciplinary proceedings. He has applied experience gained as a prosecuting attorney to healthcare clients in actions asserted against them under the False Claims Act.

He serves as counsel to a §501(c)(3) provider which owns and operates multiple LTCH, skilled nursing and assisted living facilities around Alabama. He represents an acute care hospital owned by a local Health Care Authority in physician contracting and relations with its medical staff. He has served as principal external counsel for a 501(c)(3) healthcare organization with multiple hospitals in the Birmingham area in transactions and joint ventures, representing the interest of the corporation in hospital bond financings and advising the corporation with respect to its compliance program. He represents two faith based non profit hospital systems in Alabama, as well as several community hospitals, in various State and local tax matters.

His practice has also involved negotiating, drafting and closing business transactions, as well as related litigation involving contract based claims. During his career, he has appeared on behalf of clients in arbitrations or trials in Tennessee, New York, New Jersey, Pennsylvania, Arizona, Minnesota, Ohio, Illinois, Wisconsin, Texas and Oklahoma in addition to Alabama.

He is a standing member of the Faculty of the American College of Healthcare Executives. He is a member of the Birmingham Bar Association and served for a number of years on its professional disciplinary committee, as well as the Ethics and Fee Arbitration Committees at other points during his career. He has been appointed by the AHLA Board of Directors as Chairman of the American Health Lawyers Association Dispute Resolution Service Council. The Council is the seven person body which oversees the AHLA Dispute Resolution Service. He is admitted to practice in State and Federal courts in Alabama, the Eleventh Circuit Court of Appeals and the Supreme Court of the United States