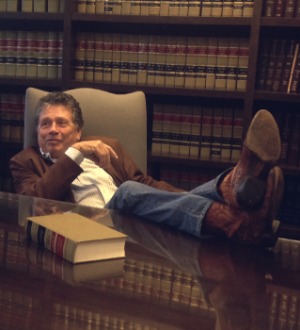 Fred Haddad has been practicing criminal law at both the trial and appellate level for some thirty eight years, and has tried over five hundred cases in more than 25 jurisdictions.

Mr. Haddad has, since 1995, been included in Best Lawyers in America, listed in both the white collar and non white collar criminal law categories. He is also listed as a top tier law firm in white collar and non white collar criminal litigation in U.S. News and World Report’s America’s Best Law Firms. Mr. Haddad, has since its inception, been categorized as one of the one hundred best trial lawyers in the National Trial Lawyers Associate Guide to best trial lawyers in each state. He has also been listed as one of South Florida’s best criminal lawyers in the Miami Herald, Florida Trend magazine and other local publications. In 1999 he received the Broward County Criminal Defense Lawyers Harry Gulkin Award as a lawyer’s lawyer. He has also been listed in numerous "Who’s Who" publications including Who’s Who in American Law for over twenty five years.