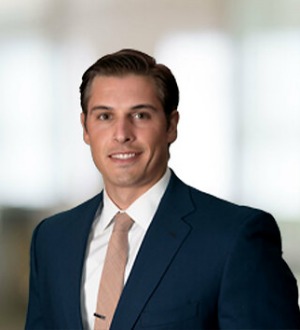 Frank Schall has been recognized by his peers and clients for his white-collar, internal investigations, and regulatory defense work and is a seasoned attorney with significant experience in a wide range of healthcare litigation, commercial litigation, and financial services matters. Having spent time working as a prosecutor and for a large financial institution overseas, Frank brings a breadth of experience and perspectives to his representation of individuals, small businesses, and large corporations.

In his white-collar practice, Frank defends individuals in state and federal criminal court trials and appeals, but also has extensive experience prosecuting cases while sworn in as a local district attorney.

As a part of his practice, Frank also consults on merger and acquisition matters regarding FCPA and CFIUS related concerns.

Frank also brings a breadth of international experience to his practice. While working at Bank of America Merrill Lynch’s Asia Pacific Regulatory Inquiries Group in Hong Kong, Frank managed investigations and responded to government and regulator inquiries in countries across Asia, including China, Taiwan, India, Japan, South Korea, the Philippines, Singapore, Indonesia, and Thailand. In his practice at MVA, Frank has advised clients on government investigations and regulatory defense matters in Canada, Singapore, Hong Kong, and Brazil, and is currently advising clients regarding ongoing allegations of public corruption in Brazil and allegations of market manipulation in South Africa.

Whether assisting with responding to grand jury subpoenas, DOJ Civil Investigative Demands, or other criminal and regulatory inquiries and requests, Frank provides an insightful, but always practical, approach to each of his client’s matters.