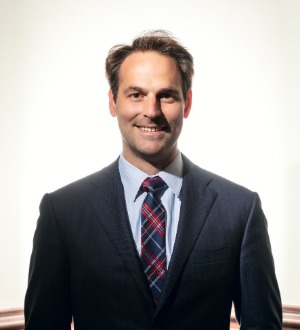 Attorney Frank V. Cesarone believes that passion and a proactive approach are the keys to success in the legal profession. At every stage of litigation, Frank maintains an unwavering focus on his client’s best interests.

Since joining Meyers & Flowers, LLC in 2013, Frank has been actively involved in the firm’s product liability and?personal injury practices. He takes pride in being a voice for victims of neglectful physicians, drug companies, and medical device manufacturers. Frank is not afraid of the courtroom and has tried both criminal and civil cases to verdict. His attention to detail, determination, and dedication to client advocacy has resulted in recognition as a National Trial Lawyers “Top 40 Under 40”, Super Lawyers “Rising Star” and Chicago Magazine “Illinois Rising Star.”

Frank has been actively involved in numerous complex product liability litigations and trials.  Several of the product liability litigations Frank has worked on have resulted in multi-billion-dollar settlements. Most recently, Frank was involved in two multi-plaintiff trials involving defective hip replacement where he presented several key witnesses.

Ultimately, both trials led to significant compensation for each of the injured plaintiffs. His compassionate litigation has recovered outstanding results for his clients including $3,250,000 for a 60-year-old Chicago executive that was injured by a defective medical device and $1,800,000 for a local attorney who sustained injuries from a defective medical device. Presently, Frank is a part of the trial team pursuing actions against Conagra following numerous cooking-spray explosions. In addition, Frank is lead counsel in the NuWave and Tristar pressure cooker cases taking place in Cook County, Illinois and Broward County, Florida.

Prior to joining the firm in February 2013, Frank gained civil litigation experience while working at a large South Carolina plaintiff’s firm, with a focus on asbestos-related multi-district litigation. Frank also worked as an associate at a small South Carolina personal injury law firm, where he litigated before the Social Security Administration and handled numerous workers’ compensation and personal injury cases.

During law school, Frank gained trial and appellate experience while working with the Office of the State Appellate Defender and in the Felony Trial Division of the Cook County Public Defender. At OSAD, he worked as a supervised, certified, senior law student where he drafted an appeal to the First District Court of Appeals, sat second chair during oral arguments, and filed the petition for review with the Supreme Court of Illinois. In his time with the Public Defender’s office, Frank honed his litigation skills by defending individuals accused of serious felony crimes. He served as the second chair in approximately twenty jury and bench trials and argued approximately twenty motions.