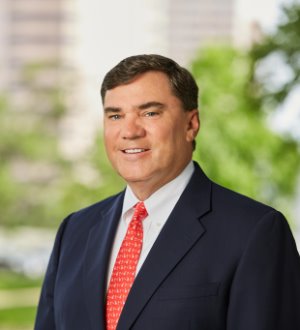 Recognized by Best Lawyers® since 2014.
5420 Lyndon B. Johnson Freeway, Suite 1225 Dallas, Texas 75240
(214) 377-0147
|
jpodvin@os.law
Firm: Otteson Shapiro LLP
|  Website
Edit Profile
Edit Your Profile
To edit your Lawyer Directory information, please login to your
Best Lawyers® Admin Account.
If you have any questions or need assistance, please contact us at info@bestlawyers.com or 803.648.0300.
Overview
Firm

John Podvin Jr. is a partner in the firm with more than 25 years of regulatory agency, law firm, and corporate experience. He is based in Dallas, Texas, where he works nationally with the firm’s clients.

Mr. Podvin advises corporate boards, board committees, and management teams on federal and state banking laws. He has served his clients as a primary liaison to federal bank regulators. Mr. Podvin is part of the firm’s nationally recognized team of banking and financial institutions lawyers who provide comprehensive legal services to financial institutions. A frequent speaker and author, Mr. Podvin has advised his clients on the Dodd Frank Wall Street Reform and Consumer Protection Act and was invited to testify before the Texas House of Representatives Pensions, Investments, and Financial Services Committee and the Texas Senate Business and Commerce Committee regarding the Act’s implementation.

Prior to private practice, Mr. Podvin was in-house with an NYSE-listed parent company to a $16B bank. There, he advised the board and management on legal compliance issues, anti-money laundering, fair lending practices, affiliate transactions, ethics, privacy, insider lending, and legal lending limits. Serving as Deputy General Counsel and Chief Compliance Officer, Mr. Podvin was responsible for the development of enterprise-wide policies. He supervised and managed investigations triggered by consumer complaints and calls to the ethics hotline as required by Sarbanes-Oxley. He also served as a member of the company’s disclosure committee.

Mr. Podvin was elected Chair of the Business Law Section of the State Bar of Texas for a one year term that ended in June 2016.

He was also elected Co-Chair of the Board of Directors of the North Texas Chapter of the Association of Certified Anti-Money Laundering Specialists (ACAMS), effective February, 2018. ACAMS is the largest international membership organization dedicated to enhancing the knowledge, skills and expertise of AML/CTF and financial crime detection and prevention professionals.

He has been named to the annual list of The Best Lawyers in America© every year since 2014 and Best Lawyers® recognized Mr. Podvin as a “Lawyer of the Year” for his practice in Financial Services Regulation Law in Dallas, Texas for both 2014 and 2019. Best Lawyers is based on an exhaustive peer-review survey and is regarded as a definitive guide to legal excellence.

Mr. Podvin has an AV® Preeminent™ Peer Review Rating from Martindale-Hubbell®, the highest rating in legal ability and ethical standards.

He is a graduate of the University of Wisconsin Law School and has a Bachelor of Arts from Georgetown University.