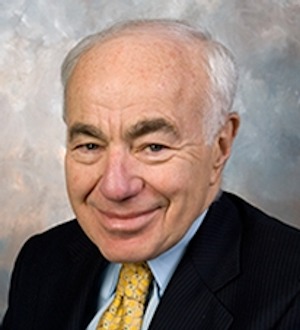 Eugene specializies in complex business litigation, counseling to business and non-profits, and alternative dispute resolution.  He is widely considered to be one of the finest lawyers in Michigan.

He has served as lead or co-lead trial counsel in numerous business cases, including the representation of one of the state's largest utilities in a $500 million fraud and breach of contract action brought by a major industrial firm. That industrial firm itself then became a client of Barris, Sott, Denn and Driker.  Eugene has represented such clients as Automobile Club of Michigan, Avis Rent-A-Car, Buffalo Bills, Inc., CMS Energy, the W.A. Dart family, DTE Energy, The Dow Chemical Company, Ford Motor Company, General Motors Corporation, Michigan Consolidated Gas Company, Ralph C. Wilson, Jr. Enterprises, LLC and Textron, Inc. in contract, tort, securities antitrust and other business disputes.

He has represented numerous lawyers and law firms, including several of the largest in the state, in professional liability, disciplinary and partnership dissolution matters. He has also represented the State of Michigan, the Judges of the United States Bankruptcy Court for the Eastern District of Michigan, and the City of Detroit in complex litigation matters. Eugene has significant experience in alternate dispute resolution, both as an advocate and as an arbitrator/mediator. He has often been called upon by other trial lawyers and judges to serve as a special mediator in complicated business matters.  Eugene was selected as one of the mediators in the City of Detroit bankruptcy, appointed by the Chief Judge of the United States District Court.  That mediation team (all of whom, except Eugene, were current or retired federal judges) successfully negotiated a consensual resolution in record time to the largest municipal bankruptcy in history.