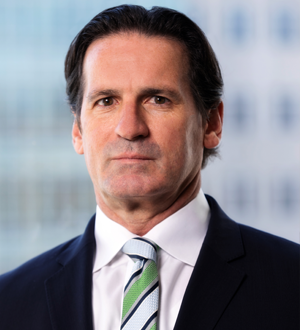 Errol J. King Jr. is a member of the Health Law Group in the Firm's Baton Rouge office. He focuses his practice primarily in the representation of managed care organizations, having been appointed in April 1996 by Louisiana's Commissioner of Insurance to serve as general counsel and an initial member of the Louisiana Managed Health Care Advisory Board, which advises the commissioner on managed care issues impacting the state of Louisiana. He has been listed in The Best Lawyers in America® for Health Care Law continuously since 1995.

Mr. King was selected by the Baton Rouge Business Report as a member of its "40 Under 40" leadership list in 1997. He served as vice chair of the HMOs and Health Plans Substantive Law Committee of the American Health Lawyer's Association from 1999 to 2002. In addition, he has been a member of the Federation of Regulatory Counsel, Inc. since 2003 and has taught a law office practice course at the Louisiana State University Law Center. Mr. King serves as general counsel for the American Association of Preferred Provider Organizations (AAPPO) and as general counsel to the Third Party Administrators Association of America (TPAAA).