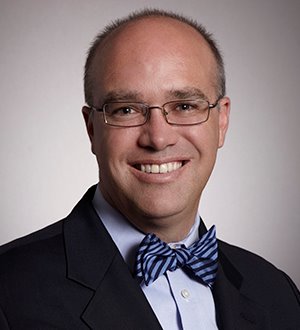 Recognized by Best Lawyers® since 2009.
755 Page Mill Road Palo Alto, California 94304-1018
(650) 813-5600
|
Firm: Morrison & Foerster
|  Website
Edit Profile
Edit Your Profile
To edit your Lawyer Directory information, please login to your
Best Lawyers® Admin Account.
If you have any questions or need assistance, please contact us at info@bestlawyers.com or 803.648.0300.
Overview
Firm

Erik Olson's practice focuses on the litigation of securities, corporate governance, and intellectual property disputes, with particular emphasis on clients in the biotechnology, medical device, retail, and high-technology industries.

In securities-related matters, Mr. Olson has repeatedly obtained dismissals of federal class action lawsuits under the Private Securities Litigation Reform Act and successfully defended those dismissals before the Fourth, Ninth and Tenth Circuits for numerous prominent companies and their officers and directors.

Mr. Olson also regularly represents executives, directors, and companies in suits arising from actual or potential mergers, acquisitions, and other strategic transactions.  Between 2009 and 2013, Mr. Olson has directed teams that defeated preliminary injunction motions, obtained dismissals, or favorably resolved more than ten cases involving challenges by shareholders to public merger transactions.  He is one of the primary authors of the Association of Corporate Counsel’s “White Paper” on managing class action merger litigation.

In 2012 and 2013, Mr. Olson served as SoftBank Corporation’s primary litigation counsel in connection with state and federal claims that sought to enjoin SoftBank’s acquisition of a controlling interest in Sprint Nextel Corporation and that sought to enjoin the related merger between Sprint Nextel Corporation and Clearwire Corporation.  In the litigation, the lead plaintiffs ultimately withdrew their requests for a preliminary injunction prior to the consummation of the merger and later voluntarily dismissed their claims. Mr. Olson served also as one of Cogent Inc.’s lead counsel in litigation that sought to enjoin Cogent’s merger with the 3M Company. The Delaware Court of Chancery denied plaintiffs’ motion for a preliminary injunction.

In 2010 and 2011, Mr. Olson obtained a dismissal with prejudice of derivative and class action claims filed against Crocs, Inc., the directors and officers of Crocs, Inc., and Global Cash Access, Inc.  In each case, Mr. Olson’s clients were successful following a first motion to dismiss. He has also successfully persuaded the SEC to conclude, without penalties, investigations into alleged federal securities law violations for dozens of companies and individuals across a broad range of industries.

Mr. Olson regularly works on behalf of audit committees and special committees of boards of directors conducting confidential investigations of whistle-blower allegations, alleged violations of federal law, and alleged accounting misconduct such as the allegedly improper recognition of revenue or the alleged violation of companies' internal controls.

In intellectual property-related matters, Mr. Olson regularly assists high-technology and life sciences companies in the prosecution or defense of intellectual property lawsuits with competitors regarding brand name products, brand name drugs, or prominent medical devices. Mr. Olson was a chief architect of the University of California's patent infringement victory over The Monsanto Company regarding claims to recombinant bovine growth hormone. The resulting settlement, valued at more than $200 million, ranks as one of the top ten settlements in any biotechnology patent case in the United States. He has also served as counsel to patent holders in major litigation relating to the sale of smartphones in the United States.

Mr. Olson has served as counsel in numerous state and federal cases, private arbitrations, and proceedings before the SEC.  He has handled appeals in the California Court of Appeals and the United States Circuit Courts of Appeals for the Third, Fourth, Ninth, Tenth, Eleventh, D.C., and Federal Circuits.

From 2007-2008, Mr. Olson served as chair of the Litigation Section of the State Bar of California. From 2005-2007, he also served as chair of the Litigation Section's Rules & Legislation Committee, which reviews and comments on legislative and rule changes that affect civil litigation in California. Mr. Olson also serves as a member of Morrison & Foerster’s board of directors.

At Stanford University Law School, he was elected to the Order of the Coif and was the recipient of the Morie Award for outstanding legal writing.