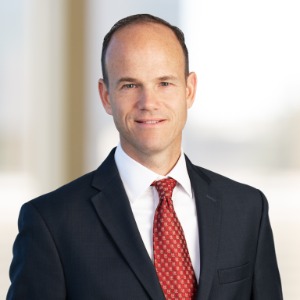 After two decades prosecuting white collar crimes in federal courts throughout the country, Eric Beste now represents businesses and individuals facing domestic and international investigations and enforcement actions. A seasoned trial lawyer with a natural aptitude for advocacy, Eric takes each client’s story and turns it into a compelling narrative to achieve the best possible result.

Over the course of his career with the U.S. Department of Justice (DOJ), Eric fostered collaborative relationships with law enforcement officials, fellow prosecutors, and senior officials in the United States and abroad, which allowed him to navigate difficult challenges and devise effective solutions. Through his extensive network, Eric has gathered distinct insights into the personnel and strategies employed by agencies tasked with investigating fraud, corruption and other white collar crimes.

Eric developed a breadth of litigation experience at the DOJ’s Criminal Division, Fraud Section, and the U.S. Attorney’s Office for the Southern District of California. He prosecuted over a dozen senior executives at publicly traded companies and secured numerous insider trading convictions, giving him a behind-the-scenes look into the investigation of securities fraud by the DOJ and the U.S. Securities and Exchange Commission (SEC). He investigated and prosecuted violations of the Foreign Corrupt Practices Act (FCPA), including allegations of corporations and individuals making corrupt payments in Africa, China and Europe. In addition, he secured healthcare fraud convictions in Virginia, tried bank fraud defendants in Alabama, and prosecuted racketeering cases in Washington, D.C., and San Diego, California. Beyond honing his trial skills, this work provided Eric with invaluable insight into DOJ’s practices, policies, and decision-making in some of its most significant white-collar prosecutions.

As a supervisor in one of the busiest federal districts in the country, Eric oversaw hundreds of cases, many involving nationally significant prosecutions. Among them were the district’s largest securities fraud case, a groundbreaking healthcare fraud kickback prosecution, the U.S. Navy’s most significant public corruption cases, the largest foreign national campaign finance fraud case, and a pioneering Bank Secrecy Act prosecution that resulted in the largest forfeiture in the district’s history. He was also selected to supervise high-profile matters in other districts, including the most significant public corruption investigation in the State of Hawaii. Supervising such high-profile matters required extensive collaboration with senior officials at the DOJ and their law enforcement partners, including the FBI, IRS, Defense Criminal Investigative Service (DCIS), SEC, Commodity Futures Trading Commission (CFTC), Financial Crimes Enforcement Network (FinCEN), and various Inspectors General. While serving in the Southern District of California, Eric was responsible for devising strategies to combat financial frauds and ensure coordination among various federal agencies.

Throughout his professional life, Eric has developed a distinctive strength in creating and molding teams that can lead clients through even the thorniest of challenges. He excels at selecting and leading the right practitioners in the right roles, which allows him and his teams to provide the best representation possible.