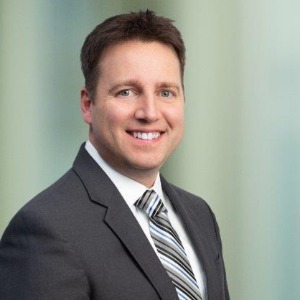 Eric Babych has prepared and prosecuted patent applications on a global scale for over a decade. He also manages large-volume patent estates and coordinates prosecution strategies worldwide. Eric works thoroughly and efficiently to understand his clients’ innovations as well as the commercial goals behind the innovations. Representing clients who are faced with domestic and overseas business challenges, Eric’s international experience and perspective support him in offering actionable solutions to prepare for and expand a company’s market position in the global economy.

Eric is dedicated to solving client problems when and where it is needed most. As patents can represent a form of currency in international markets and conflicting laws around the world continue to create obstacles to progress, Eric stays focused on advantageously positioning his clients at every turn. For instance, when a patent in Korea jeopardized the commercial interests of his U.S.-based client, Eric partnered with Korean affiliates, instituted legal proceedings, and managed a trial, which resulted in the invalidation of the competitor’s patent.

While Eric handles a significant amount of patent applications in the chemical and pharmaceutical arts, he also has deep experience working with medical devices, mechanical innovations, consumer products and electronics. In addition to patents, he also has experience guiding clients through the trademark registration process and assisting with domain name disputes.

Prior to practicing law, Eric worked as a medicinal chemist for a biopharmaceutical company, where he conducted complex research on cardiovascular and neurological diseases. He performed multistep organic synthesis to create novel molecules and used various purification and characterization techniques to isolate and identify the molecules. Some of the molecules he developed can be seen in International Patent Application No. PCT/US2004/043609, titled Novel Spiroindoline or Spiroisoquinoline Compounds, Methods of Use and Compositions Thereof.