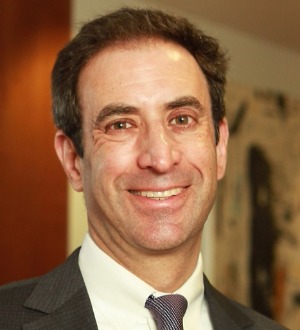 A Determined Advocate for Fair Competition

The chair of Lieff Cabraser’s Antitrust, Intellectual Property, and Commercial Litigation Practice Group, Eric B. Fastiff has practiced commercial litigation for the past 21 years, working on numerous cases involving the drug, food, technology, finance, and natural resource industries. He also represents businesses in commercial disputes with their suppliers and competitors. His clients include governments, businesses, individuals, and consumer groups.

Eric serves as co-lead counsel in the California Cipro litigation, represents The Charles Schwab Corporation in a suit against several major banks for allegedly manipulating the London Interbank Offered Rate (LIBOR), and successfully led the prosecution of a two week arbitration on behalf of a client that alleged both intellectual property and breach of contract claims. Eric’s notable successes include representing businesses that purchased TFT-LCD panels and products in litigation charging that the world’s leading TFT-LCD manufacturers conspired to fix prices. The litigation resulted in settlements totaling over $470 million.

Eric also spearheaded Lieff Cabraser’s clients’ prosecution of class action litigation against De Beers for monopolization of the rough diamond trade. In addition to successfully obtaining class certification in the California action, Eric played a key role in negotiating and finalizing the $295 million settlement in the federal case. Discussing the DeBeers case, The National Law Journal noted that Lieff Cabraser was

"among the plaintiffs’ firms that weren’t afraid to take on one of the business world’s great white whales."

Eric has published and edited several works. For several years, he was the General Editor of California Class Actions Practice and Procedures and continues to serve on the Editorial Advisory Board of the Journal of Generic Medicines. He is active in the local community, serving on the Boards of Trustees of a nursing home for the aged and impoverished, a low-income housing apartment complex, an elementary school, and a non-profit organization that assists low-income employees maximize their salaries.

Eric is a graduate of Tufts University, The London School of Economics, and Cornell Law School.

What legal services does this lawyer offer?
Litigation - Antitrust
Awards