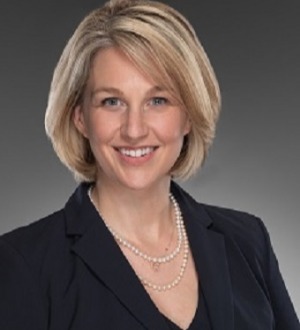 EDUCATION Mrs. Matherne received her B.S. in International Trade with a Minor in Spanish from Georgia Southern University.  She earned her J.D. degree from St. Thomas University School of Law in Miami, Florida, and her Master’s degree in library and information Studies from The University of Alabama.PROFESSIONAL ASSOCIATIONSMrs. Matherne is the former Chapter Chair of the Georgia/Alabama Chapter of the American Immigration Lawyers Association (AILA) and a former member of the National AILA Board of Governors. Mrs. Matherne is a member of Florida (2008) and Georgia (2010) State Bars, U.S. District Court, Middle District of Georgia (2016), American Immigration Lawyers Association (AILA), and Alapaha Judicial Circuit Bar Association.

EXPERTISE Mrs. Matherne is Senior Counsel with Kuck Baxter Immigration and oversees the operation of the South Georgia Office.  Mrs. Matherne assists with immigration matters of all types including deportation defense (detained and non-detained), asylum, immigrant visas, consular processing, humanitarian visas, and citizenship matters.  She also works on a select number of post-conviction relief and private dependency cases throughout Georgia and Florida.  She served two years as the Senior Lead Attorney for the Southern Poverty Law Center’s Southeast Immigrant Freedom Initiative (SIFI). While at SIFI, Ms. Matherne exclusively represented immigrants detained at the Irwin County Detention Center before the Atlanta Immigration court. The South Georgia office is centrally located to the Immigration Detention Centers in Georgia: Irwin County Detention Center (45 mins); Stewart Detention Center (2 hours); Folkston Processing Center (2 hours).  Before her work with SIFI, she founded and managed her law firm in Cumming, Georgia for eight years.  Mrs. Matherne also maintains a dedication to pro bono work and can be found advocating for systemic change throughout the immigration law sphere.

AWARDS AND RECONGNITION During her career, Mrs. Matherne proudly accepted awards for her pro bono work, exceptional contributions to the Georgia-Alabama AILA Chapter, and service to the Chapter as Chapter Chair of the Georgia-Alabama AILA Chapter. She was recognized as a Super Lawyers Rising Star in both 2016 and 2018.  Elizabeth is frequently quoted in the press and has appeared on Univision, Telemundo, National Public Radio, as well as in written publications, including The New York Times, Washington Post, Atlanta Journal-Constitution, among others.