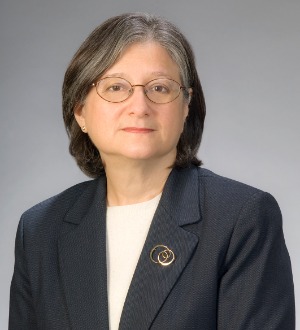 Recognized by Best Lawyers® since 2009.
One Financial Center Boston, Massachusetts 02111
(617) 856-8200
|
Firm: Brown Rudnick LLP
|  Website
Edit Profile
Edit Your Profile
To edit your Lawyer Directory information, please login to your
Best Lawyers® Admin Account.
If you have any questions or need assistance, please contact us at info@bestlawyers.com or 803.648.0300.
Overview
Firm

Elizabeth Ritvo has more than 30 years of broad experience in complex commercial litigation and has also counseled and represented newspapers, television stations, publishers and other media in libel, invasion of privacy, access, prior restraint, First Amendment and copyright matters before state and federal trial and appellate courts. Liz has also served as an arbitrator for the American Arbitration Association for business and construction disputes.

Liz has been listed in The Best Lawyers in America in the area of First Amendment Law, and was named one of 2013's Top Women of Law by Massachusetts Lawyers Weekly.