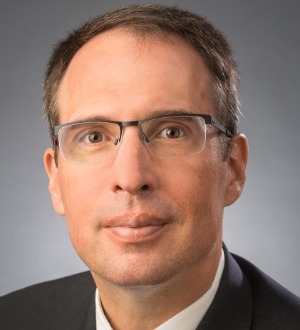 Ed Vopal began his career with Habush Habush & Rottier in February 1997, after having practiced law for three years in Green Bay. In 2001, he was elected as a shareholder in the firm. He is licensed to practice law in Michigan and Wisconsin, and in the United States District Courts for the Eastern and Western Districts of Wisconsin. Ed’s legal practice is entirely devoted to representing his clients who are injured or killed in motor vehicle collisions, motorcycle collisions, bicycle accidents, dog attacks/bites, falls, industrial accidents, and various other injury-producing cases.

Ed has achieved numerous recognitions for his trial work. He is Certified as a Civil Trial Specialist with the National Board of Trial Advocacy and has been named to the Wisconsin Super Lawyers List since 2007. Ed is included in the American Trial Lawyers Associations Top 100 Trial Lawyers and has been recognized by Best Lawyers in America for personal injury litigation since 2015. In addition, Ed is a Fellow in the Litigation Counsel of America and a Fellow in the Fellows of the American Bar Foundation.

Along with his legal practice, Ed has taught Trial Advocacy courses for over a decade at the University of Wisconsin Law School.  These courses involve law students in their second or third year who have an interest in trial work.

Ed has authored articles and made several presentations and written articles on topics involving trial practice and civil justice. He has given presentations to local schools and driving instruction programs on various topics, including the dangers of drunk driving and distracted driving.