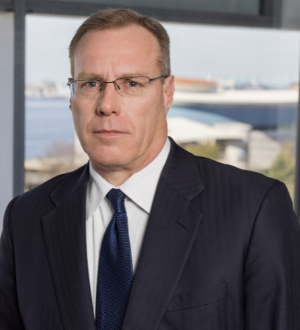 Ed is a partner with Vandeventer Black and concentrates his law practice in maritime and general litigation matters.

His maritime practice focuses on the representation of ship owners, charterers, and their underwriters, including both domestic and international insurance companies and Hull and P&I Clubs.

Ed is a seasoned litigator and has tried a broad spectrum of cases ranging from the defense of personal injury claims to recovery of collision damages. He specializes in federal litigation and has represented clients in courts throughout the eastern United States, including Massachusetts, New York, Pennsylvania, Delaware, Washington D.C., Maryland, Virginia, North Carolina, South Carolina, Florida and Puerto Rico.

Ed is a member of the Fourth Circuit Judicial Conference, the Southeastern Admiralty Law Institute, the Maritime Law Association of the United States (Director 2011-2013), and the Hampton Roads Maritime Association. He also serves as an associate editor for American Maritime Cases.

What legal services does this lawyer offer?
Admiralty and Maritime Law
Awards