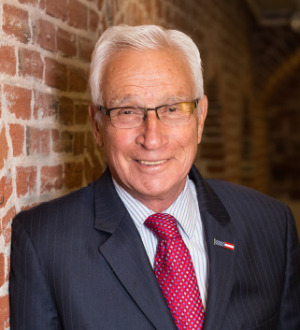 Recognized by Best Lawyers® since 2015.
1731 Spring Garden Street Philadelphia, Pennsylvania 19130
(215) 567-7955
|
Firm: Gay & Chacker P.C.
|  Website
Edit Profile
Edit Your Profile
To edit your Lawyer Directory information, please login to your
Best Lawyers® Admin Account.
If you have any questions or need assistance, please contact us at info@bestlawyers.com or 803.648.0300.
Overview
Firm

Whether he is negotiating a settlement or trying a case to verdict, Edward Chacker is recognized as one of the leading trial lawyers in Pennsylvania. As Senior Managing Partner and Chair of Gay & Chacker, Edward has built a successful career representing clients in the personal injury and civil litigation arenas, particularly in cases involving car and truck crashes, workplace injuries, slip and fall accidents, medical malpractice, and police and correctional guard abuse. He is an approachable and compassionate advocate for his clients.

Mr. Chacker has built a reputation for obtaining exceptional outcomes in very difficult cases. His ability to see the potential in clients’ unique situations has led him to obtain these unexpected results.

For decades, Edward has been recognized not only for his tenacious legal representation of individuals, but also for his pro bono work for the public at large. In 2012, he received the Philadelphia Trial Lawyers Association’s Justice Michael A. Musmanno Award, an award given annually to the person who best exemplifies the late Justice’s qualities of high integrity, scholarship, imagination, courage, and concern for human rights. Mr. Chacker was also the recipient of the Philadelphia Bar Association’s Pillar of Justice. The Philadelphia Bar Association honored him with the VIP Chancellor’s Award each year from 1991 to 1994 and in 2003. Philadelphia’s Volunteers for the Indigent (VIP) Program recognized his firm for outstanding professional leadership and commitment to equal rights for all.

Edward’s reputation as a skilled litigator and compassionate advocate has led him to frequently receive many case referrals from other law firms. With every case he takes on, he is devoted to obtaining the best results possible for the client.