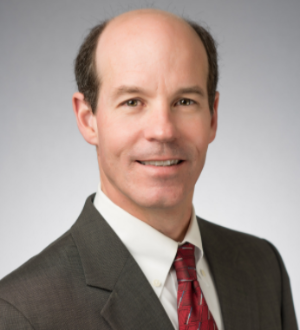 A native of Columbia, South Carolina, Wade attended Vanderbilt University where he received his Bachelor of Arts degree in political science in 1990. After graduation, Wade worked in Washington, DC for the United States House of Representatives, House Rules Committee from 1990-91. Wade returned to South Carolina to attend the University of South Carolina School of Law where he received his law degree in 1994. After admission to the Bar, Wade practiced with a large regional firm until 1999 when he and his partner, Hank Wall, joined Bruner Powell.

In his administrative law practice, Wade represents clients in state and local procurement matters, including solicitation and proposal review, contract negotiation and participation in administrative review. Additionally, Wade has represented health care providers in a variety of issues, including but not limited to medical staff credentialing, peer review cases and healthcare transactions. He has also helped clients through the Certificate of Need permitting and appeal process before the Department of Health and Environmental Control and Administrative Law Court. He represents corporations and professionals before the Board of Medical Examiners, the Board of Pharmacy and other boards under the jurisdiction of the South Carolina Department of Labor Licensing and Regulation.

Wade is married to the former Katy Jones, and they have four daughters. In his spare time, Wade enjoys running, fishing and other outdoor activities, and he is an active volunteer at Heathwood Hall Episcopal School and Trinity Episcopal Cathedral.

Wade is listed in Best Lawyers in the areas of Administrative/Regulatory Law, Construction Law, Litigation-Construction, and Litigation-Healthcare.  Wade and is rated Distinguished with High Ethical Standing by Martindale-Hubbell.  He is also listed as a Super Lawyer in the areas of Construction Litigation, Health Care, and Government Contracts.  In 2020, Wade was recognized as one of Columbia Business Monthly’s Legal Elite of the Midlands for both construction law and healthcare law.