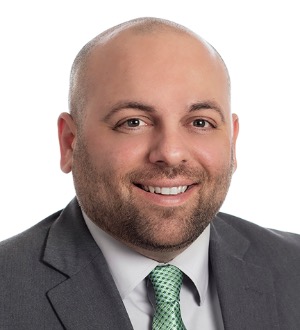 Doug has built a growing practice representing medical professionals in a wide range of capacities, focusing primarily on cases alleging medical malpractice and violations of the constitution. Doug has handled numerous complex medical cases in state and federal court, taking many cases to verdict.

The son of a correctional officer, Doug was able to take his experience from years of being around those who serve in the correctional setting and apply it to his practice, primarily handling cases in federal court from the moment he received his license. Through the years, his practice has grown to include cases alleging medical malpractice, deliberate indifference, excessive force, unconstitutional conditions of confinement and retaliation, violations of the ADA/Rehab Act, due process violations, intentional torts, and many others.

While he has significant experience handling cases in state court, the primary focus of his practice is upon representing clients in federal court, specifically representing medical professionals who are sued by incarcerated or detained individuals for violations of their civil rights under 42 U.S.C. Section 1983.

Additional areas of law include police officer use of force, breach of contract, general tort liability, premises liability, auto accident, slip and fall, civil battery, infliction of emotional distress among others. He has tried numerous cases, such as when a physician was accused of deliberate indifference for treatment of a hand fracture, improper delay of a dentist in treating acute dental conditions, and a nurse accused of excessive force in the treatment of an uncooperative patient.