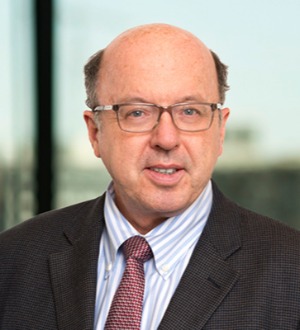 Doug's extensive teaching and writing efforts keep him current on changing case law and developments in the field. Doug has a national practice representing some of the largest federal contractors and subcontractors in the country.

Doug has been rated among the leading construction lawyers in Washington, D.C. by the publishers of Chambers USA: America's Leading Lawyers for Business, in their 2004-2013 editions. He was rated as a top construction lawyer in the 2008-2011 editions of BestLawyers in America®, and in the 2009-2011 editions of Washington, D.C. Super Lawyers.
What legal services does this lawyer offer?
Arbitration
Construction Law
Litigation - Construction
Awards
Education
George Washington University, J.D.
Graduated 1979
University of Wisconsin - River Falls, B.A.
Graduated 1976
Contact Details and Office Locations
Office: (202) 393-7150
1615 L Street, NW, Suite 1350
Washington, District of Columbia 20036
Washington, District of Columbia 20036
See Location