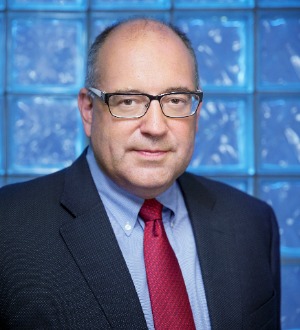 Building upon his experience in complex asbestos cases, the historic tobacco lawsuits and 9/11 litigation, Don Migliori is a multifaceted litigator who can navigate both the courtroom and the negotiating table. He represents victims of defective medical devices and drugs, occupational diseases, terrorism, aviation disasters, antitrust, and securities and consumer fraud in mass torts and other cutting-edge litigation that spans the country.

Don serves in leadership roles for a number of multidistrict litigations, including being a key member of Motley Rice’s team that represents dozens of cities, towns, counties and townships in the National Prescription Opiate MDL against opioid manufacturers and distributors. He also represents states in similarly filed litigation. He played a significant role in negotiations on behalf of tens of thousands of women allegedly harmed by pelvic mesh/sling products and served as co-liaison counsel in the N.J. Bard pelvic mesh litigation in Atlantic County. Hundreds of cases have been filed in federal and state courts against multiple defendants.

He is also co-lead counsel for In re Ethicon Physiomesh Flexible Composite Hernia Mesh Products Liability Litigation, a member of the Plaintiffs’ Steering Committee for In re Bard IVC Filters Products Liability Litigation, as well as the Depuy® Orthopaedics, Inc. ASR™ and Pinnacle® Hip Implant MDLs. Don has litigated against both Ethicon, a Johnson & Johnson subsidiary, and C.R. Bard previously in pelvic mesh litigation and also against C.R. Bard in the Composix® Kugel® hernia mesh multidistrict litigation, In re Kugel Mesh Hernia Patch Products Liability Litigation, the first MDL before the federal court of Rhode Island. Don also serves as co-lead plaintiffs’ counsel and liaison counsel in the federal MDL, and as liaison counsel for the Composix® Kugel® Mesh lawsuits consolidated in Rhode Island state court on behalf of thousands of individuals alleging injury by the hernia repair patch.

Don played a central role in the extensive discovery, mediations and settlements of more than 50 cases of 9/11 aviation liability and damages against numerous defendants.  He represented families of the victims of the September 11, 2001, attacks who opted out of the Victim Compensation Fund to seek greater answers, accountability and recourse, and served as liaison counsel for all wrongful death and personal injury cases in the 9/11 aviation security litigation. Additionally, he manages anti-terrorism litigation associated with the 9/11 terrorist attacks as a lead attorney of the 9/11 Families United to Bankrupt Terrorism, a groundbreaking case designed to bankrupt the financiers of al Qaeda.

Don contributed his experience in connection with the commencement of and strategy for shareholder derivative litigation brought on behalf Chiquita Brands International, Inc., alleging the defendants breached their fiduciary duties by paying bribes to terrorist organizations in violation of U.S. and Columbian law. He also served as trial counsel for PACE Industry Union-Management Pension Fund in a securities case against Forest Laboratories, Inc., and was involved in the initial liability discovery and trial strategy in an ongoing securities fraud class action involving Household International, Inc.

Don began working with Motley Rice attorneys in 1997 on behalf of the State Attorneys General in the historic lawsuit against Big Tobacco, resulting in the largest civil settlement in U.S. history. He tried several noteworthy asbestos cases on behalf of mesothelioma victims, including the state of Indiana’s first contractor liability verdict and first premises liability verdict for wrongful exposure to asbestos. He continues to manage asbestos cases and actively litigates mesothelioma lawsuits and individual tobacco cases in the courtroom.

Don is a frequent speaker at legal seminars across the country and has appeared on numerous television and radio programs, as well as in print media to address legal issues related to terrorist financing, aviation security, class action litigation, premises liability and defective medical devices. A "Distinguished Practitioner in Residence" at Roger Williams University School of Law for the 2010-2011 academic year, Don taught mass torts as an adjunct professor for more than ten years. Don is an AV® rated attorney by Martindale-Hubbell®.