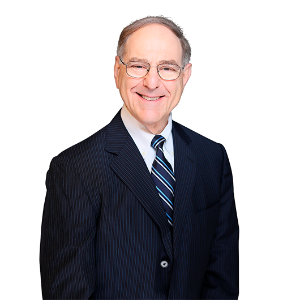 Recognized by Best Lawyers® since 2008.
1601 K Street, NW Washington, District of Columbia 20006
(202) 778-9000
|
Firm: K&L Gates LLP
|  Website
Edit Profile
Edit Your Profile
To edit your Lawyer Directory information, please login to your
Best Lawyers® Admin Account.
If you have any questions or need assistance, please contact us at info@bestlawyers.com or 803.648.0300.
Overview
Firm

Years In Practice
Phone Number (202) 778-9000
Mr. Kaplan concentrates his practice in litigation and representation before courts and administrative agencies, with particular emphasis on antitrust, economic regulation, energy, and competition and pricing issues in regulated industries.

Before joining K&L Gates in 1990, Mr. Kaplan was special litigation counsel for the Antitrust Division of the United States Department of Justice for more than nine years.  Before that, he was chief of the Energy Section of the Antitrust Division.  He joined the Department of Justice in 1975.  As special litigation counsel, Mr. Kaplan conducted significant and complex litigation, regulatory interventions and investigations for the Antitrust Division, and was the Department's principal counsel before the Federal Energy Regulatory Commission.  He represented the Department in numerous major proceedings at the Commission involving the electric power, natural gas and petroleum pipeline industries.  He also conducted litigation and merger investigations in a variety of energy industries, as well as the oil field equipment and services, financial services and postal services industries.

Since joining K&L Gates, Mr. Kaplan has developed an extensive practice before the FERC.  He has been active in a wide variety of issues, including electric utility restructuring and reorganization; mergers and asset acquisitions; Regional Transmission Organization structure and wholesale markets; transmission rates, cost allocation and open access; market power and market-based rates; and federal wholesale and state retail competition.    He has also has testified as an expert witness before a state commissions on competition issues.

In addition to his regulated energy practice, Mr. Kaplan represents clients on mergers, antitrust investigations and litigation in the publishing industry.  He also was special trial counsel for the United States in its successful arbitration against the United Kingdom over Heathrow Airport user charges.

Mr. Kaplan is a 1970 cum laude graduate of the Harvard Law School.  He clerked for the Hon. John F. Dooling, Jr. of the U.S. District Court for the Eastern District of New York.  He is a member of the U.S. Supreme Court, New York and Washington, DC bars, and is also a member of the American Bar Association, including its Antitrust, Administrative, and Public Utility Law Sections, and has been the chair of the Energy Bar Association's Antitrust Committee.  He has spoken at numerous seminars and bar association conferences.
What legal services does this lawyer offer?
Energy Law
Energy Regulatory Law
Litigation - Antitrust
Contact Details and Office Locations
Office: (202) 778-9000
1601 K Street, NW
Washington, District of Columbia 20006
Washington, District of Columbia 20006
See Location