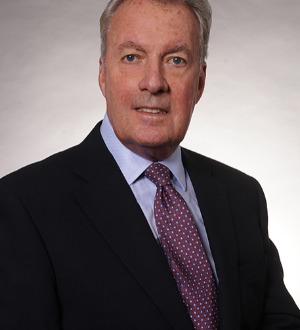 Mr. O’Hara has been involved in Aviation Law since the late 1970’s. Over the years, he has handled both commercial and general aviation cases, representing clients such as AIG Aviation, Allianz Aviation, American Airlines, Delta Air Lines, Global Aerospace, Starr Aviation, USAIRWAYS, United States Aviation Underwriters and XL Aerospace. He has been involved in major aviation air disasters, including acting as lead counsel for Valujet in the multi-district litigation for the Valujet crash in the Florida Everglades on May 11, 1996, and the Bahamas crash of the Cessna 402 carrying the entertainer, Aaliyah. He represented Delta Airlines in the January 9, 1997, Comair crash of an Embraer Air-120 outside of Detroit, Michigan.  He also served as lead counsel for Chalks in the incident involving the crash of their Grumman Mallard seaplane that occurred in Miami harbor on December 19, 2005, and he was involved as counsel for Comair and Delta Air Lines in the Lexington, Kentucky crash of Comair Flight 5191, which occurred on August 27, 2006. In addition, he has served as co-counsel for US Airways in the 2014 flight 1702 crash in Philadelphia, Pennsylvania.  He has been involved in the handling of numerous general aviation matters on behalf of aircraft manufacturers, fixed base operators, and owner/operators, including the Miami Heat.

In his healthcare work, he has defended healthcare providers, pharmaceutical companies and other health care related clients in cases concerning issues related to wrongful death, infant death, brain damage, paralysis, surgical and nursing issues both in Pennsylvania and Florida. Mr. O’Hara serves as counsel for the Swiss Hoffmann-La Roche companies, namely F. Hoffman-La Roche Ltd and Roche Holdings Ltd. He also served as counsel for NutriSystem, Inc. in the class action litigation involving over 300 lawsuits concerning the NutriSystem Weight Loss Centers.Mr. O’Hara has earned an AV® Preeminent™ rating by Martindale-Hubbell, the highest rating awarded by that organization. He has also been named among “Florida’s Legal Elite” by Florida Trend Magazine and one of the “Top Lawyers” by the South Florida Legal Guide from 2005 to 2015, as well as Florida Super Lawyers from 2006 to 2017 and Best Lawyers in America from 2007 to 2017. Mr. O’Hara was inducted into the International Academy of Trial Lawyers (IATL) in 1999. In 2011, Mr. O’Hara was one of only six Florida attorneys named to the International Who’s Who list of Product Liability Defense Lawyers.

After earning a Bachelor of Arts degree from Muhlenberg College in 1965, Mr. O’Hara went on to earn his Juris Doctor degree from Villanova University in 1968. Mr. O’Hara is a member of the Florida, Pennsylvania and Colorado Bar. He is admitted to all Florida Courts and is active in the Miami-Dade and Broward County Bar Associations, International Association of Defense Counsel, American Society of Law and Medicine, the Florida Medical Malpractice Claims Council, the Florida Defense Lawyers Association, the Defense Research Institute and is a member of the International Academy of Trial Lawyers.