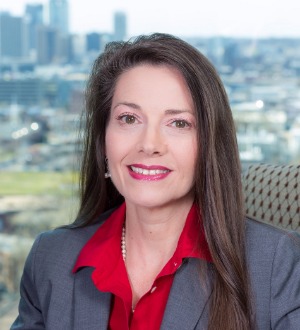 Denise Pomeroy practices in the areas of family law and adoption law.

Denise graduated from Auburn University in 1985, with a B.A. degree and from Cumberland School of Law with a J.D. degree in 1989.  She served as writing editor of the Cumberland Law Review and graduated magna cum laude.
Denise is a member of the American, Alabama and Birmingham Bar Associations and is a Fellow of the American Academy of Matrimonial Lawyers.  She was the Birmingham Bar Association’s Young Lawyer of the Year in 1992.  She also serves on the Birmingham Bar Association Foundation and has been selected as one of the “Best Lawyers in America®: Family Law”.  (Copyright 2011 by Woodward/Wright, Inc., of Aiken, S.C.)
Denise is Peer Review Rated AV by Martindale-Hubbell®.

Selected as one of the “Best Lawyers in America®: Family Law” (Copyright 2011 by Woodward/Wright, Inc., of Aiken, S.C.)