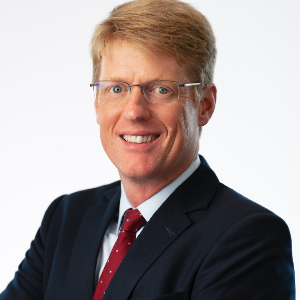 Denis C. Mitchell is an experienced trial attorney and focuses his practice on representing individuals and families who have suffered life-altering injuries or who have lost loved ones. He has obtained many multi-million dollar verdicts and recoveries for his clients, including the largest verdict in a medical negligence case in Anne Arundel County, Maryland. He has handled cases before multiple state and federal courts. Mr. Mitchell's fellow lawyers recognized him as D.C.’s Trial Lawyer of the Year in 2014, and he was selected as one of Washingtonian Magazine's Top Lawyers in 2017. He has also been consistently recognized by Best Lawyers® and SuperLawyers® as a leading practitioner in medical malpractice since 2011.

Mr. Mitchell has held leadership positions in several organizations, including President of the Trial Lawyers Association of Metropolitan Washington, D.C. and Chair of the D.C. Bar Tort Law Section. He writes quarterly publications and makes presentations on important cases handed down by state and federal courts in the District of Columbia. He served for 12 years as an Adjunct Professor in Trial Advocacy at the Georgetown University Law Center.

Mr. Mitchell is fluent in Spanish, having spent a year teaching and studying in the Economics Department at the University of Navarre in Pamplona, Spain. Mr. Mitchell is also an active volunteer at his parish, coordinating service projects and coaching youth sports.