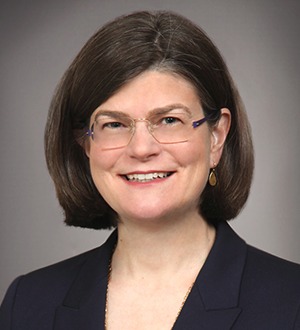 Recognized by Best Lawyers® since 2011.
2100 L Street, NW, Suite 900 Washington, District of Columbia 20037
(202) 887-1500
|
Firm: Morrison & Foerster
|  Website
Edit Profile
Edit Your Profile
To edit your Lawyer Directory information, please login to your
Best Lawyers® Admin Account.
If you have any questions or need assistance, please contact us at info@bestlawyers.com or 803.648.0300.
Overview
Firm

Deanne E. Maynard, chair of the Appellate and Supreme Court Practice Group, is a partner in the Washington, D.C. office, and a former Assistant to the Solicitor General at the United States Department of Justice.

Ms. Maynard has argued 13 cases before the Supreme Court of the United States, and she has filed over 100 briefs in that Court. Her Supreme Court arguments include prevailing for the respondent in RadLAX Gateway Hotel, LLC v. Amalgamated Bank, an important bankruptcy case involving the rights of secured creditors. She also argued and prevailed in Ransom v. FIA Card Services, a case involving the interpretation of the federal bankruptcy statute.

In addition to her substantial Supreme Court experience, Ms. Maynard has argued and briefed significant cases in the federal courts of appeals. Her appellate experience mirrors the wide-ranging litigation breadth of the firm, running the gamut from patent appeals in the Federal Circuit, where she has argued more than 15 appeals, to appeals in the other Circuits on antitrust, securities law, class action, and other intellectual property issues.

Ms. Maynard served in the Solicitor General’s office from 2004-2009. Before joining the Solicitor General’s office, Ms. Maynard was a partner at Jenner & Block in Washington, D.C. Her practice at Jenner involved a wide variety of complex litigation matters at all levels of the federal judiciary, ranging from a multi-billion dollar government contracts case to media and First Amendment litigation.

After law school, Ms. Maynard clerked twice on the Supreme Court of the United States. During the October 1994 Term, she clerked for Justice Stephen Breyer in his first year on the Court. During the 1993 Term, she clerked for retired Supreme Court Justice Lewis Powell and affiliated with Justice John Paul Stevens. From 1991-1993, Ms. Maynard clerked for Judge Stanley Harris of the U.S. District Court for the District of Columbia.

Ms. Maynard is Immediate-Past President of the Coke Appellate Inn of Court. Ms. Maynard was elected as a Fellow in the American Academy of Appellate Lawyers in 2012 for her recognized distinction as an appellate lawyer.