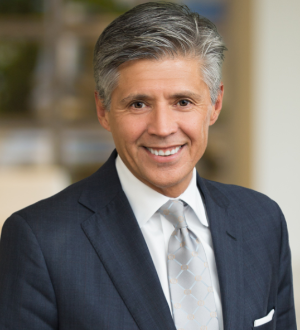 David Paragas serves as a devoted advocate who emphasizes technical strength and preparation. David represents a wide array of clients in forums that stretch from the statehouse to the courthouse – and on issues that range from healthcare to educational programs to homelessness.

Co-chair of the firm’s Federal Relations practice, David advises on policy matters before the White House and federal agencies and the Ohio General Assembly, state agencies and departments. David provides clients with more than three decades of legislative, political, lobbying and legal experience, including serving as a former senior aide to two Ohio Senate presidents.

In addition, David has advised on numerous statewide, legislative, judicial and local campaigns, including various candidates for the Ohio Senate. He has handled virtually all facets of a campaign, such as polling, issue development and grassroots organization. As a consultant, David has also been involved in statewide and local ballot initiatives, including horsing, gaming and anti-smoking issues.

By seeking to deliver the right blend of legislative and legal skills, David advocates his clients’ objectives across many different venues while safeguarding their position. He thrives under the challenge of realizing diverse client goals, and has provided veritable defenses and persuasive arguments in court and before forums and agencies on the full array of commercial law issues.

With an absolute focus on professionalism and carefully balanced approach to negotiation, David is appreciated for his seemingly natural ability to establish immediate rapport and trust. By diffusing the emotional aspects of an issue, David serves as the catalyst for setting personal opinions aside to resolve the issues at hand and realize client’s objectives.