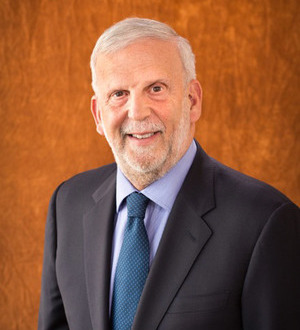 David N. Hofstein is the Founding Shareholder and President of Hofstein Weiner & Meyer, P.C.  David is a pioneer in modern family law, having begun his practice in domestic relations contemporaneously with the adoption of the Pennsylvania Divorce Code in 1980.  His practice today focuses on complex divorce and custody matters, representing, in a discrete manner, many high net worth individuals and prominent members of the community, including professionals, corporate executives and entrepreneurs and their significant others.

David was President of the national Foundation of the 1600 member American Academy of Matrimonial Lawyers from 2017 through 2019. For more than thirty-five years, in addition to representing clients, David has been a frequent lecturer and prolific author on family law and ethics.  He was an adjunct lecturer in law at the Temple University James E. Beasley School of Law for more than fifteen years, teaching courses on custody, equitable distribution and professional responsibility.

David served as co-editor of the textbook Custody Law and Practice in Pennsylvania published by the Pennsylvania Bar Institute and was a co-author of West’s Pennsylvania Forms volume on Domestic Relations, both preeminent family law text books utilized by practitioners throughout the Commonwealth.  David has held leadership positions in national, state and local family law related organizations and has authored numerous family law articles in such publications as the Philadelphia Legal Intelligencer, The Journal of the American Academy of Matrimonial Lawyers, the ABA Family Law Section’s Advocate, Fair Share Magazine, Pennsylvania Law Weekly and the Pennsylvania Family Lawyer.