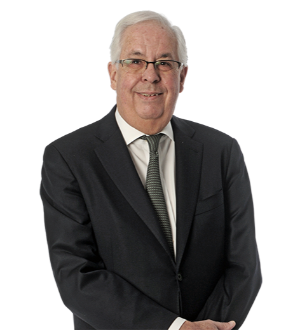 Recognized by Best Lawyers® since 1983.
1144 Fifteenth Street, Suite 3300 Denver, Colorado 80202
(303) 572-6500
|
Firm: Greenberg Traurig LLP
|  Website
Edit Profile
Edit Your Profile
To edit your Lawyer Directory information, please login to your
Best Lawyers® Admin Account.
If you have any questions or need assistance, please contact us at info@bestlawyers.com or 803.648.0300.
Overview
Firm

David G. Palmer has more than 30 years of trial and appellate experience throughout the Rocky Mountain region, Texas and California, including numerous multi-week jury trials involving claims under federal and state antitrust laws, securities and commodities laws, allegations of civil or criminal fraud, conspiracy, RICO, class actions and claims under federal environmental statutes. These representations and trials have involved parties engaged in the energy, food and beverage, financial and securities, software development sales, and a multitude of other businesses.

Dave has been listed in every edition of The Best Lawyers in America since 1982, and is ranked in Band 1 for general and commercial litigation by Chambers USA Guide. He has defended corporations and their officers in federal and state trials and criminal grand jury investigations throughout the United States. Dave has been involved in numerous commercial and securities arbitrations serving as an advocate, as an arbitrator and as a mediator in complex business disputes.