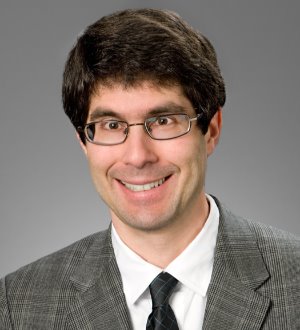 Darren M. Franklin is a partner in the Intellectual Property Practice Group in the firm's Los Angeles office.

Since 2003, Darren has been privileged to represent Sheppard Mullin’s clients in a broad range of intellectual property matters, including patent litigation, patent post-grant proceedings, patent prosecution, trademark litigation, unfair competition claims, and IP due diligence. A graduate of Stanford Law School in 2000, Darren served as a law clerk to the Honorable Margaret M. Morrow in the U.S. District Court for the Central District of California and practiced intellectual property law in Silicon Valley for two years before joining Sheppard Mullin.

Now a partner in Sheppard Mullin’s Los Angeles office, Darren has extensive experience representing clients in the federal courts and in the U.S. Patent and Trademark Office. His experience includes arguing (and winning) multiple patent infringement cases before the U.S. Court of Appeals for the Federal Circuit and dispositive motions in the U.S. District Courts. Among other cases, Darren argued and won a significant motion and Federal Circuit appeal based upon the patent ineligibility of abstract ideas in the wake of a 2014 Supreme Court case.