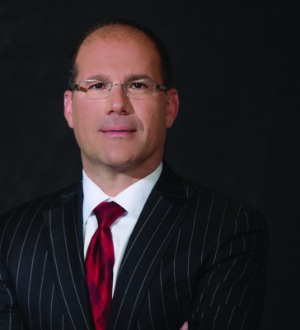 Daniel S. Weinstock focuses his practice on representing families of children with cerebral palsy and brain or spinal cord injuries caused by medical negligence. He has won verdicts and settlements against obstetricians, pediatricians, and other providers in 15 different states, and he regularly tries catastrophic medical negligence cases in courtrooms across the country on a pro hac vice basis.

In 2015, Dan secured a record-breaking pretrial settlement in a Central Pennsylvania case in the amount of $20 million. This recovery, made on behalf of a family whose child suffers from cerebral palsy as a result of elevated bilirubin and kernicterus experienced during the neonatal period, is believed to be the largest such medical negligence recovery in Pennsylvania history.

In addition to these two cases, Dan has secured dozens of recoveries in the range of millions and tens of millions of dollars, both by verdict and settlement, in several states throughout the country.

As a Philadelphia Birth Injury Lawyer, Dan has been named a Pennsylvania Super Lawyer every year since and is listed among the Top 100 Lawyers in both Philadelphia and Pennsylvania. He also teaches trial advocacy to students at the Widener University School of Law and serves as an adjunct professor of trial advocacy at the Temple University Beasley School of Law, where he teaches trial strategy and technique to attorneys seeking an LL.M in Trial Advocacy.