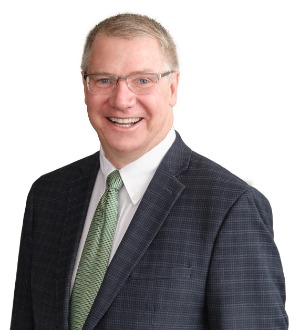 Daniel P. Wheeler is a shareholder with the firm of Kirkland Woods & Martinsen LLP. Mr. Wheeler focuses his practice on fiduciary litigation, probate administration, adult and minor guardianships, and mediation in cases throughout Missouri and Kansas.

Mr. Wheeler served as a Probate Commissioner for the Circuit Court of Jackson County, Missouri for more than fourteen years. As Probate Commissioner, he presided over family and fiduciary disputes in trust and probate matters, including fiduciary litigation, complex trust litigation, discovery of assets actions, surety claims and general probate administration in decedent, guardianship and conservatorship estates. He has been chosen to be the probate presenter at the annual Missouri Judicial College for the past seventeen years, and also presents annually at the conference of the Missouri Association of Probate & Associate Circuit Judges. He speaks regularly at the Missouri Bar annual meeting as well as numerous continuing legal education seminars for the Missouri Bar, the Kansas City Metropolitan Bar Association and the University of Missouri at Kansas City.

Prior to joining the bench, Mr. Wheeler was in engaged in private practice in the area of probate litigation and administration matters. He has tried thirty-two jury trials to completion, of which twenty-six were in the probate division of the circuit courts. He is licensed in the states of Missouri and Kansas, and has completed the mediation training requirements of the Missouri Supreme Court.