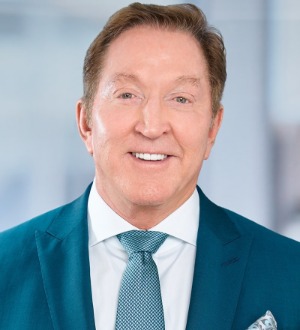 The reason for the accolades is simple: preparation and results. Since founding Callahan & Blaine, Mr. Callahan has won many jury trials and obtained scores of seven and eight figure settlements on behalf of his clients.

Notable verdicts include a $934,000,000 jury verdict obtained in 2003, after a three month jury trial in a complex business dispute entitled Beckman Coulter vs. Flextronics. This unanimous verdict was the largest in California in 2003 and remains the largest in Orange County history. Mr. Callahan went on to obtain a $50,000,000 settlement in a road design case against the City of Dana Point. Exclusive of large class actions, this is one of the largest personal injury settlement in United States history. Most recently, after a two month jury trial, Mr. Callahan obtained a $38 Million settlement on behalf of a class of newspaper delivery drivers against The Orange County Register. This is the highest employment settlement in Orange County's history. Mr. Callahan is equally skilled in representing defendants.  He has secured many total defense verdicts against some of the most respected plaintiff attorneys in the county.

Mr. Callahan has given nationwide seminars on litigation and published multiple articles on litigation strategy and practice. He has been a speaker at multiple continuing education seminars and regularly speaks at the State Bar of California's annual convention on topics ranging from advanced trial skills to the use of technology in the courtroom. For the past several years, he also has given seminars on jury selection and opening statement at local, state and national conferences.

100% of Practice Devoted to Litigation

University of California at Davis School of Law, Davis, California