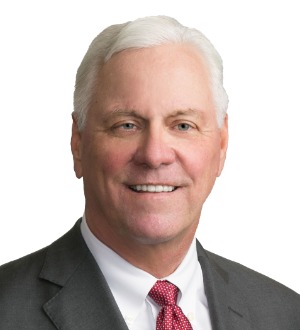 Dan is a Director at Coats Rose with more than thirty-two years of experience in the practice of law.  After receiving his degree from Georgetown University School of Law, he joined the firm of Butler & Binion.  In 1985, he joined the firm of Cook, Davis & McFall and became that firm’s first new partner in 1986.  In 1990, Dan formed Davis & Shank and subsequently joined the Coats Rose team in 2000.

During his career, Dan has successfully tried numerous cases involving a broad range of substantive areas of the law.  He has prosecuted and defended cases involving substantial recoveries and significant exposures, and he has participated in a number of appellate matters on behalf of his clients.  Dan has been named as a “Texas Super Lawyer” in the area of business litigation and recognized as a Texas Best Lawyer.  He is Board Certified for Civil Trial by the Texas Board of Legal Specialization.

Dan has also served the Houston Bar and community, acting as the Chairman of the American Diabetes Association, Houston Chapter, participating on other charity boards, chairing three HBA committees, volunteering as a member of one of the Texas Bar Association’s grievance committees, and contributing as a director of the junior bar.
​