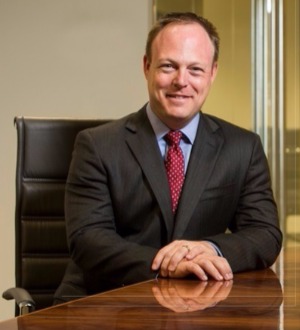 Recognized by Best Lawyers® since 2018.
8200 Greensboro Drive, Suite 900 McLean, Virginia 22102
(301) 880-5030
|
Firm: Fisher Phillips LLP
|  Website
Edit Profile
Edit Your Profile
To edit your Lawyer Directory information, please login to your
Best Lawyers® Admin Account.
If you have any questions or need assistance, please contact us at info@bestlawyers.com or 803.648.0300.
Overview
Firm

Daniel E. Farrington founded Farrington Law in 2003 and is the firm’s Managing Partner.  Dan founded the firm on the belief that clients facing employment law challenges are best served by a boutique team of highly-skilled attorneys who can develop a deep understanding of their clients’ businesses.

For almost 20 years, Dan has been advising and counseling employers in all aspects of the increasingly complex myriad of federal, state and local laws governing the employer-employee relationship.  Dan has extensive experience with claims involving discrimination, wage and hour law violations, accommodations for disabled employees, the Family and Medical Leave Act, trade secrets, non-competition agreements and more.

Traveling regularly to meet his clients’ needs, Dan defends employers in litigation around the United States.  In recent years, Dan has represented clients in lawsuits in federal and state trial courts in Arizona, California, the District of Columbia, Florida, Illinois, Indiana, Iowa, Maryland, Missouri, New Jersey, New York, North Carolina, Oklahoma, Pennsylvania, Rhode Island, South Carolina, Texas, and Virginia.  In addition to his trial-level practice, Dan has successfully represented clients in appeals before the United States Courts of Appeals for the First, Third, Fourth and District of Columbia Circuits, and the Maryland Court of Special Appeals.  Most notably, Dan successfully argued the case of Rederford v. US Airways, Inc. before the First Circuit in 2009, which established for the first time in a federal court of appeals the legal principle that an employment discrimination claim seeking only the equitable relief of reinstatement was subject to discharge in bankruptcy.

Dan has guest lectured at the University of Maryland School of Law and speaks and writes regularly about employment law issues.  Dan’s been recognized by the Washington Business Journal as one of Washington’s top lawyers and earned the Sodexo Law Department’s “Spirit of Partnership” award.