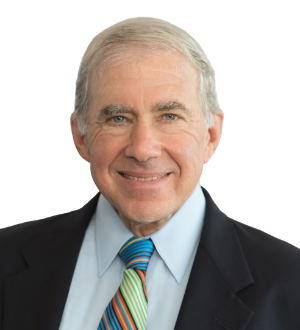 After 30 years as a partner with highly regarded Yablonski, Both & Edelman, Daniel B. Edelman joined Katz, Marshall & Banks, LLP as Of Counsel, specializing in employment discrimination, whistleblower, civil rights/civil liberties and contractual matters.

A graduate of Harvard University, Mr. Edelman received his law degree from Harvard Law School. He served as law clerk to U.S. Supreme Court Justice Harry A. Blackmun, and is widely considered to be a preeminent appellate advocate. He has been active and successful at all levels of state and federal courts.

Over the course of more than three decades, Mr. Edelman has been recognized for his outstanding representation of employees in a wide range of labor and employment litigation, nationally and in the Washington, D.C. area. Martindale-Hubbell has rated Mr. Edelman "AV Preeminent," the highest possible peer review rating in legal ability and ethical standards, for over 30 years. He is also listed in the 2009-2021 editions of Super Lawyers in the category of labor and employment, as well as in the 2010-2021 editions of The Best Lawyers in America in the employment law category.