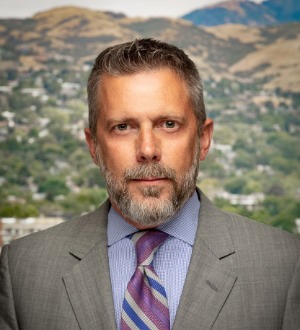 Matt Moscon is managing partner of Stoel Rives’ Salt Lake City office. He is past chair of the firm-wide Litigation practice group and of the Products Liability and Toxic Torts section in that group. Matt has practiced before state and federal trial courts, appellate courts, and administrative agencies. He is admitted to practice before Utah state and federal courts, the Federal District Court of Arizona, and the Ninth and Tenth circuits of the United States Court of Appeals. Matt is also admitted to practice before the United States Tax Court and frequently appears before the Utah State Public Service Commission.

Matt has a general litigation practice, though he has particular expertise in energy, regulatory and land use disputes. His energy related work has included trying rate cases and certificate proceedings to verdict before the Utah Public Service Commission and being lead counsel in numerous development, construction and condemnation disputes.