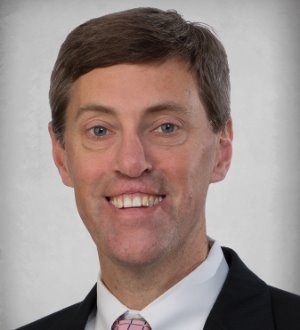 Years In Practice
Phone Number (616) 831-1700
D. Andrew Portinga has been practicing law since 1996. He is a litigator, and has extensive experience in both federal and state courts. He has represented both Fortune 500 companies and family owned businesses, and Mr. Portinga has handled complex cases involving myriad issues.

Mr. Portinga has handled a wide variety of complicated commercial cases. His clients have included oil and gas producers, a manufacturer of implantable medical devices, a national communications company, the co-inventor of a popular ultrasonic toothbrush and a chain of truck stops.

Mr. Portinga chairs Miller Johnson's insurance coverage practice group. He has assisted policyholders in enforcing their rights to a defense and indemnification from their insurers in numerous matters, many of which involved millions of dollars. He has also represented policyholders in obtaining coverage for property damage and environmental contamination at their businesses. He was an inaugural member of the governing council of the Insurance and Indemnity Law Section of the State Bar of Michigan.

Mr. Portinga has handled ERISA cases in the Western District of Michigan, the Eastern District of Michigan and the Sixth Circuit, representing employee welfare plans, third-party administrators and insurance carriers. Mr. Portinga’s cases have involved both employee welfare plans and employee pension plans. Mr. Portinga is an active member of the Defense Research Institute’s Life, Health and Disability Litigation Committee and is a contributor to the committee’s newsletter.

As a former law clerk to the Chief Justice of the Michigan Supreme Court, Mr. Portinga has seen the inside and outside of appellate process. He has handled appeals in the Federal Circuit, the Sixth Circuit, the Seventh Circuit and in the Michigan Court of Appeals. These cases have covered diverse topics, including ERISA, insurance, oil and gas law and patents. Some of Mr. Portinga’s appeals include: