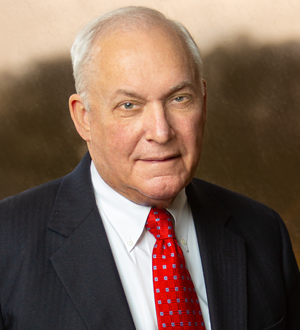 Crawford McGivaren is a Fellow of the American College of Trial Lawyers. He has been listed in Chambers USA for Commercial Litigation since 2002. He has been listed in the Best Lawyers in America in Business and Personal Injury Litigation since 1989, and is recognized for Antitrust Law, Bet-the-Company Litigation, Commercial Litigation, Professional Malpractice Law and Railroad Law. He has been named by Super Lawyers magazine as one of the top 50 lawyers in the state of Alabama and was listed as a Leading Lawyer for 2012, in the area of Personal Injury and Antitrust (North America) by Lawyers World. He is one of five Alabama lawyers listed in the Who’s Who Legal section under USA Commercial Litigation. He is also named in the inaugural edition of Benchmark as a leading lawyer. He serves as Alabama Division Counsel for Norfolk Southern Corporation and he is on the Executive Committee of the National Association of Railroad Trial Counsel.

His practice has encompassed contract, securities, trade regulation, partnership, shareholder oppression, dissenter’s rights, director and officer liability litigation, insurance coverage, and all manner of personal injury/toxic tort litigation. Ultimately prevailing after two en banc opinions, he was the principal defense counsel in the securities case that first recognized the “fraud-on-the-market” theory of Rule 10b-5 liability. He was trial and appellate counsel in groundbreaking cases resulting in federal preemption decisions favorable to the rail industry. He has been responsible for medical malpractice defense and other litigation and compliance at major Birmingham hospitals. He has defended class and individual claims asserting product liability, consumer finance violations and insurance fraud. He has handled employment, non-compete, and tortious interference claims, and the successful defense of a long-running Human Rights Act case in West Virginia. He was co-lead defense counsel in one of the largest property damage lawsuits in South Carolina history. He represented two corporations that obtained judgments in June 2014 in excess of $100 million on RICO claims stemming from commercial fraud.

He is a member of the Defense Research Institute, the Alabama Defense Lawyers Association and The Torts and Insurance Practice and Health Law Sections of the ABA. He is active in bar, community, and charitable affairs.