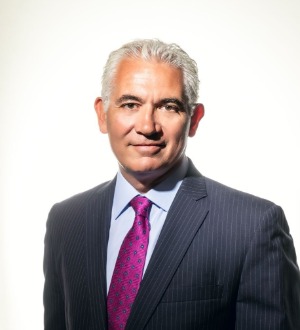 The experience proved insightful, as Craig recognized the importance of representing people in need of justice and the devastating effects crime can have on victims. As a personal injury trial lawyer, Craig continues to use that perspective in his practice, representing clients who have been the victims of severe traumatic injuries, wrongful death, product liability, and medical negligence.

"I really enjoyed helping victims and working with their families. When you’re a plaintiff's lawyer, your clients depend on you to help them deal with tragedy. It makes it a lot easier to go to work when you know you’re working for people who desperately need your help."

Craig firmly believes that listening and really getting to know his clients is a vital element in achieving a positive, quick resolution for them. In order to convince twelve strangers on a jury to award a severely injured client fair compensation, the trial lawyer must develop a strong relationship with the client so he can tell his story effectively. At our firm, we truly enjoy and take great pride in developing these special relationships with our clients. Some of my best friends are current and former clients.

In a historic medical malpractice case, Craig won a $6.2 million verdict for an Elgin man whose leg had to be amputated above the knee. The jury awarded the judgment after finding a hospitalist failed to act with the appropriate level of urgency after suspecting an arterial blood clot behind the knee and failing to order an emergency consultation with a vascular surgeon. "This record verdict will allow my client to obtain the most state-of-the-art prosthetic leg and other devices that will help him regain some of the independence he lost when his leg was amputated six years ago. This verdict also sends a strong message to the insurance companies who defend doctors, nurses, and hospitals in medical negligence cases because they now understand that jurors in “conservative” Kane County are not afraid to award fair compensation to patients who are severely harmed by unreasonable medical care."

Craig obtained the second-highest medical malpractice award in Kane County history after helping recover a $7.5 million dollar settlement, within eighteen months of filing the lawsuit, for a man who suffered severe injuries because his doctors ignored his complaints and failed to diagnose a small amount of bleeding in his brain, which developed into a ruptured aneurism. During the hearing to approve the settlement, Craig’s client told the judge, “I can not begin to explain how much Craig’s representation has meant to our family during the worst crisis of our lives. In addition to his devotion and integrity, he genuinely cared about this case and became our dear friend. He was always there when we needed his emotional support. His kindness and compassion helped us endure the painful process necessary to vindicate the lack of care and wrongdoing that I suffered.”

Craig, born in 1965 in North Carolina, earned his law degree from DePaul University’s College of Law in 1992, the same year he was admitted to practice in the State of Illinois and the U.S. District Court Northern District of Illinois. He received an undergraduate degree from the University of Wisconsin-Madison in 1989.

One of the highlights of Craig’s career was representing a severely disabled, but independent, a man who suffered a spinal cord injury when a shuttle bus driver failed to properly secure his wheelchair.

"My disabled client fought his entire life to establish as much of an independent lifestyle as possible. The bus driver took all that away. During a settlement conference two weeks before trial, the insurance company’s final offer was $750,000. After five days of trial, the same adjuster agreed to settle the case for $11 million dollars and my client was able to build a state-of-the-art home with an electronic lift that can carry him throughout his house, from his therapy pool to his movie theatre."

“That case summarizes why we enjoy what we do," said Craig. "There is no better feeling than producing great results for people in need. When the case settled during trial, the defendant's lawyer told my client that he was the most impressive person he had ever met.

"Craig joined the firm shortly after it was formed in 2000 and has excelled to the point of earning several awards. He has been recognized by fellow attorneys as a Leading Lawyer since 2008 (only 5% of Illinois lawyers earn this distinction), an Illinois Super Lawyer since 2010, and by selection to the Million Dollar Advocate Forum.  Craig has obtained numerous trial verdicts and settlements in excess of $1 million for his severely injured clients.

Craig is a volunteer youth baseball and basketball coach and he and his wife actively support The Kwagala Project, which is dedicated to rescuing, restoring, and empowering young women and girls who have been victimized by human trafficking and gender-based violence.