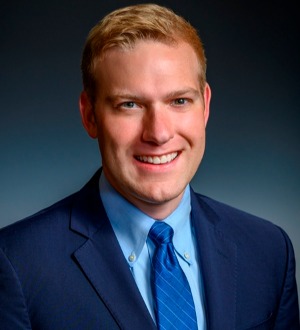 Cort VanOstran focuses his civil litigation practice on commercial matters, class actions, and mass torts.  Mr. VanOstran has briefed and argued motions in state and federal court, and he has taken the lead in drafting appeals at the state and federal level.  He has extensive experience with discovery, including taking and defending key depositions.  He has also devoted considerable time to pro bono practice, including by representing juveniles and handling an assigned federal matter on behalf of an indigent plaintiff.

Mr. VanOstran was named a 2017 Up & Coming Lawyer by Missouri Lawyers Weekly.  He is a member of the National Trial Lawyers Association’s Top 40 Under 40.  Prior to joining Gray Ritter Graham, Mr. VanOstran clerked for U.S. District Judges Audrey Fleissig and John Ross in the Eastern District of Missouri.  He is a former Visiting Lecturer in Law, and current adjunct instructor, at Washington University in St. Louis.

Mr. VanOstran is active in the St. Louis community.  He is a member of the Bar Association of Metropolitan St. Louis and has served as faculty and staff for the Missouri Scholars Academy, a state-sponsored program for gifted high school students. He is an alumnus of the FOCUS St. Louis Emerging Leaders program.  He previously supervised Washington University’s chapter of the Marshall Brennan Constitutional Literacy Project—a community partnership that places law students in public high schools to teach constitutional law—and he is a former board member for Prison Performing Arts, a community non-profit.

In 2018, Mr. VanOstran won a five-way primary race to become the Democratic candidate for U.S. Congress in Missouri’s second district.  He was endorsed by the St. Louis Post-Dispatch, and his campaign was placed on the Democratic Congressional Campaign Committee’s “Red to Blue” list of top-tier races nationally.  He lost narrowly to a three-term incumbent.