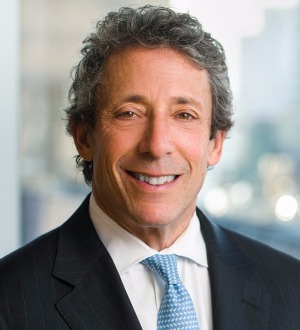 Clifford H. Aronson serves as the North American leader of Skadden’s Antitrust and Competition Group. He focuses his practice on advising clients in antitrust matters relating to mergers and acquisitions. He has been involved in numerous high-profile transactions and strategic alliances across multiple industries, including entertainment, consumer products, health care, manufacturing, pharmaceutical, retail and technology. Mr. Aronson, who is listed in the top tier in Chambers USA: America’s Leading Lawyers for Business, also has been included repeatedly in Chambers Global: The World’s Leading Lawyers for Business, The Best Lawyers in America, Lawdragon 500 Leading Lawyers in America and The International Who’s Who of Competition Lawyers.Law360 also selected Mr. Aronson as one of its “Competition MVPs” in 2012.

Mr. Aronson also represents HarperCollins, a subsidiary of News Corporation, in various antitrust actions involving the pricing of e-books, as well as in private class action litigation brought against various publishers and Apple. He represented Pool Corporation in connection with an FTC investigation and settlement involving alleged predatory conduct in the swimming pool distribution business; and successfully defended a high-tech company in a U.S. Department of Justice investigation into alleged hiring practices in the high-tech industry.

Additionally, Mr. Aronson represents clients before federal and state antitrust agencies and grand juries. For example, he represented Christie’s Inc. in connection with the U.S. Department of Justice’s auction house investigation as well as in connection with certain private class actions. He also advised Chicago Bridge & Iron in an appeal from a decision and order of the Federal Trade Commission requiring the divestiture of certain assets.

Mr. Aronson has been an instructor at the Wharton School at the University of Pennsylvania and is a regular speaker on mergers and acquisitions at Wharton’s Executive Education Program. He also was vice chair of the Mergers and Acquisitions Committee of the Antitrust Section of the American Bar Association.