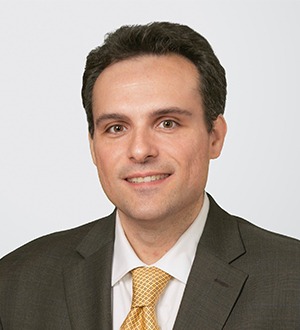 Christopher R. Nolan is a litigation attorney in Holland & Knight's New York office and serves as co-chair of the firm's Transportation and Infrastructure Industry Sector Group.

Mr. Nolan has spent the past decade settling or mediating cases to resolution before filing a suit, before end of fact discovery in filed cases, before the end of expert discovery, before trial, and all the moments in between in regard to court cases and arbitrations around the world. When the opposing counsel or adverse party makes settlement undesirable, motions to dismiss and/or for summary judgment are the equalizer for sizable cases where trial appears unavoidable. The majority of these international law matters have an emphasis on transportation and logistics, civil litigation and insolvency.

In 2016, Mr. Nolan was one of two partners to receive the firm's inaugural Living the Commitment Award recognizing his work as the New York office's community service chair in connection with the firm's 9/11 Day of Service commitment. He also is the New York office's representative for pro bono work with Kids In Need of Defense (KIND), and he has handled pro bono cases for journalists on First Amendment grounds in defamation suits and a workers' compensation proceeding arising out of the September 11 tragedy.

In 2014, Mr. Nolan served as delegate for the Comité Maritime International (CMI) at the United Nations Commission on International Trade Law – Working Group IV – on the pending convention on electronic shipment documentation to determine its impact on the proposed new ocean cargo liability convention (the "Rotterdam Rules").

Mr. Nolan is active in the legal community, serving as one of 15 lawyers elected to the Council of the American Bar Association's (ABA) Tort, Trial and Insurance Section in 2016, the 2011-12 ABA TIPS Admiralty Committee Chair, and as a Maritime Law Association of the United States Proctor in Admiralty and Secretary of its Arbitration & ADR committee. Mr. Nolan has been quoted in maritime publications Tradewinds and Fairplay on a wide range of topics. From 2013 to 2017, he served as co-chair of a national conference on the defense of admiralty and maritime claims and litigation.