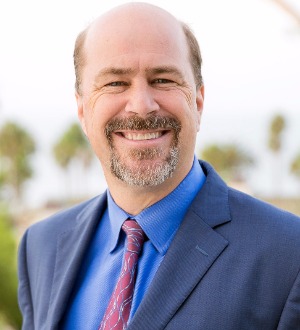 Years In Practice
Phone Number (714) 434-1424
Mr. Christopher Aitken was born in Placentia, California, May 10, 1969 and has been a practicing attorney since 1997. Mr. Aitken is a partner of the law firm Aitken * Aitken * Cohn, located in Santa Ana, CA and has practiced with the firm since 1997. Christopher Aitken is proud to represent plaintiffs in major civil jury trial litigation in the fields of personal injury, insurance bad faith, wrongful death and general business litigation. Christopher graduated from the University of California, Los Angeles with a Bachelor of Arts Degree and Political Science Major. He obtained his Juris Doctorate Degree from the University of Southern California.Chris Aitken is a strong advocate for consumer safety and has successfully litigated and tried numerous civil actions wherein he has obtained numerous seven and eight figure results for his clients. His recent notable achievements include a trial judgment on behalf of his client, a 13 year old boy who sustained a severe brain injury in an automobile collision, resulting in a jury verdict of $23,500,000 in Feitler v. E.A. Pedersen Power Products, Peter I. (2008). Mr. Aitken has also recently obtained a $20,000,000 settlement (and estimated over $100,000,000 payout) for an 8 year old boy who suffered a brain injury by falling from a soft contained playground at a prominent fast food chain in B. v. Doe Fast Food Chain (2008). Due to in part to this matter, the food chain is in the process of performing retrofits for consumer safety on all their playgrounds on a national basis. His appellate practice is reflected in opinions such as Huie v Southland Sod (2008), which immediately thereafter resulted in a $5,000,000 settlement for the wrongful death of a loving father and husband of two children in an automobile collision.Mr. Aitken successfully litigated Lieu vs. Disneyland, a case which reached national attention when a metal cleat dislodged from Disneyland’s "Sailing Ship Columbia" killing a man and seriously injuring his wife. The settlement of this matter was estimated at $25,000,000 by the Los Angeles Times and the case led to major changes in California law regarding the safety of theme parks. Shortly thereafter, Chris Aitken successfully litigated the matter, Torres v. Disneyland, involving a fatality on the Thunder Mountain roller coaster at Disneyland.He has also been involved in other high profile litigation such as Larkin v. Peterson Brothers, a wrongful death matter of a renowned optometrist in Anaheim Hills which resulted in a recovery of over $4,100,000 and heightened County awareness for truck safety and Corbin v. Westbrent Limited, involving the traumatic brain injury of Ryan Corbin, grandson of performing artist, Pat Boone, resulting in a $10,125,000 settlement.Chris is a past Chairman of the Board and current board member of Laura’s House (www.laurashouse.org), a non-profit organization which provides shelter and services for the victims of domestic violence. He has been privileged to be involved with this organization since 1997. Chris Aitken is a present member of the Orange County Bar Association Judiciary Committee and Charitable Fund Committee. He has been involved in several other legal organizations including: the Orange County Trial Lawyers, the Hispanic Bar Association, Consumer Attorneys of California, and the Legion Lex Inns of Court.As an author, Mr. Aitken has contributed to the 3rd Edition of Jefferson’s California Evidence Benchbook and is presently working on revisions for its 4th addition. Christopher Aitken was recently named "Rising Star" for the fifth straight year by his peers in a vote of lawyers conducted in Law and Politics, Inc.Chris is a life-long resident of Orange County, California, and currently resides in San Clemente, with his wife Maureen, and their four children.
What legal services does this lawyer offer?
Personal Injury Litigation - Plaintiffs
Product Liability Litigation - Plaintiffs
Awards
Education
University of Southern California, J.D.
Graduated 1996
University of California - Los Angeles, BA
Graduated 1992
Contact Details and Office Locations
Office: (714) 434-1424
Three MacArthur Place, Suite 800, P.O. Box 2555
Santa Ana, California 92707
Santa Ana, California 92707
See Location