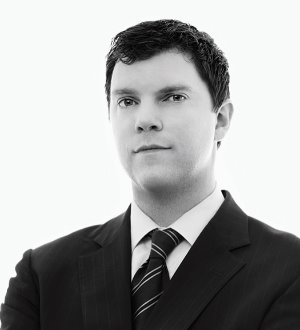 Christopher R. Chase is a partner at Frankfurt Kurnit where he practices intellectual property, advertising, sports, and entertainment law. He counsels entities and individuals in the advertising and entertainment industries on all aspects of their businesses, including rights clearance (such as copyright, trademark, and rights of publicity), regulatory matters, and risk assessment. He structures and negotiates creative services agreements, commercial production agreements, brand and celebrity licensing agreements, sponsorship and event promotion agreements, celebrity talent and on-camera agreements, content distribution agreements, media agreements, and content releases and licenses. He also counsels clients regarding potential and actual litigations arising out of commercials, print advertisements, sweepstakes, contests, and other promotions, magazines, films, television productions, and websites. Further, he has vast experience addressing music issues, including structuring and negotiating master use and sync licenses for commercials, video games, television productions, and films, music distribution agreements, artist/band services, appearance, and promotion agreements, and concert sponsorships. Additionally, he works with numerous clients in the sports industry, including counseling major sports leagues on branded entertainment, intellectual property, and promotional matters; advising both sponsors and properties on the structure and negotiation of sponsorship and endorsement arrangements; counseling agency clients that activate sponsors’ marketing campaigns; advising major sports apparel, footwear and fitness companies on marketing campaigns and IP matters; and advising soccer players on transfer agreements. Mr. Chase has been quoted in Sports Business Journal, The New York Times, The Washington Post, USA Today, and The Associated Press on various legal issues and is a founder of the firm’s Sports Law Group. Mr. Chase’s practice also includes counseling entertainment, advertising, sports, media, and fashion industry clients on the clearance, selection, maintenance, and enforcement of trademarks worldwide, as well as prosecuting trademark applications before the U.S. Patent and Trademark Office and participating in actions before the Trademark Trial and Appeal Board. Mr. Chase is a member of the Sports Lawyers Association, the International Trademark Association, and the Copyright Society of the U.S.A. He is currently a member of LawInSport’s North American Editorial Board and was a member of the editorial board for the Journal of Sponsorship. Prior to joining Frankfurt Kurnit, Mr. Chase was a litigation associate at Clifford Chance Rogers & Wells LLP.

Mr. Chase is also an accomplished author. His publications include "To Shred or Not To Shred: Document Destruction Policies and the Federal Obstruction of Justice Statutes," which was cited by Chief Justice Rehnquist in the Supreme Court's seminal Arthur Andersen v. United States decision (544 U.S. 696 (2005)), "A Moral Dilemma: Morals Clauses in Endorsement Contracts", which appeared in Sports Litigation Alert (Volume 6, Issue 6, April 10, 2009), and "Fighting for What’s Left of Exclusivity: Strategies To Protect the Exclusivity of Sponsors in the Sports Industry," which appeared in the August 2010 issue of the Journal of Sponsorship.