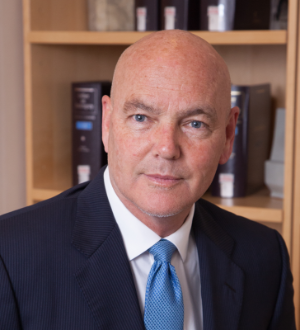 Chris served as General Counsel as well as Compliance and Privacy Officer of a regional managed care organization in New York. In that role, he was instrumental in making referrals and working with state and federal law enforcement on investigations of individuals and entities based on among
other claims healthcare fraud and is well versed in all phases of such matters. Chris works hand-in-hand with his colleagues in Rivkin Radler’s White Collar, Investigations and Compliance Advisory Defense Practice Group to provide aggressive representation of a client’s interests by utilizing
all of the resources and experiences resident within the healthcare and white collar groups.

Chris represents healthcare providers who are being audited or investigated by, among others, the New York State Department of Health’s Office of Professional Medical Conduct (OPMC), the New York State Medicaid Inspector General (OMIG), the U.S. Department of Health and Human
Services’ Office of Inspector General (OIG), the New York Attorney General, and the U.S. Attorney’s Offices for all districts in New York and New Jersey. Moreover, he advises healthcare providers with managed care contracting and dispute resolution and with respect to compliant practice structures and permissible arrangements concerning, among other issues, referrals.

His experience includes representing healthcare consumers with external appeals for healthcare benefits. He has represented a national managed care company in connection with its acquisition of managed long term care plans (MLTCPs) and a county government in the sale of its Medicaid
managed care plan. He also has advised large providers of laboratory services on regulatory matters and in the sale of their business and he has counseled physician office laboratories with respect to the Stark Law and the Anti-Kickback Statute (AKS).

Chris’s practice includes advising providers in Western and Northern New York and he is admitted, and practices law, in Connecticut.

A partner in Rivkin Radler’s Compliance, Investigations & White Collar and Health Services Practice Groups, Chris began his career as a commercial litigator representing local, national, and global companies in complex civil litigation in state and federal courts. In 1998, he accepted an in-house counsel position with Vytra Health Plans, a managed care organization and client he represented in private practice. For eight years, Chris implemented Vytra’s first corporate compliance program and served as compliance and privacy officer. He ultimately served as special assistant and counsel to the president and chief executive officer, focusing on healthcare strategic planning, product development, and regulatory compliance. He served as corporate counsel and regulatory compliance counsel for Vytra’s parent organization, HIP, while assuming the role of general counsel at Vytra, where he was instrumental in working with state and federal law enforcement on investigations of individuals and entities based on healthcare fraud, among other claims.