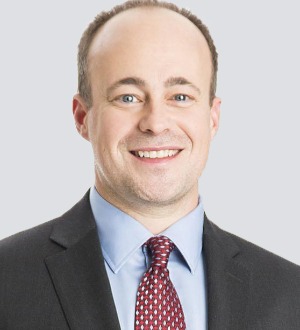 Recognized by Best Lawyers® since 2020.
4725 Wisconsin Avenue,NW, Suite 200 Washington, District of Columbia 20016
(202) 577-3977
|
Firm: Burns Charest LLP
|  Website
Edit Profile
Edit Your Profile
To edit your Lawyer Directory information, please login to your
Best Lawyers® Admin Account.
If you have any questions or need assistance, please contact us at info@bestlawyers.com or 803.648.0300.
Overview
Firm

Chris Cormier is an accomplished lawyer with substantial experience litigating high-stakes antitrust and commercial cases on behalf of plaintiffs. Appointed as lead counsel in multiple nationwide antitrust class actions in the past 15 years, Mr. Cormier served on the trial team that secured the largest price-fixing verdict ever issued, in addition to other favorable verdicts and settlements in federal courts from Kansas City to New York City. The founding partner of the Denver office of Burns Charest LLP, he was one of only two lawyers in Colorado to be named a “Rising Star” in the field of Antitrust Litigation by Super Lawyers/Thomson Reuters (2016 and 2017) and was recognized by Benchmark Plaintiff, the definitive guide to America’s leading plaintiff litigation firms and attorneys, as an Antitrust Litigation Star (2013–2015).